Let’s start with a little quiz:

d)     A software solution for distributed computing of large datasets?

The correct answers are actually c) and d).  You see, Hadoop is a software solution developed as part of the Apache project sponsored by the Apache Software Foundation, and it was named after a stuffed elephant owned by the son of the framework’s founder, Doug Cutting.

But what exactly is Hadoop and how does it work?

Per the Apache website, “Apache Hadoop is a framework for running applications on large cluster built of commodity hardware.” This open source software framework enables the developer/user to manage large amounts of data (Big Data) using a distributed file system.  The power of Hadoop lies in its ability to leverage distributed clusters of computing hardware.  It does this by leveraging two key technologies. 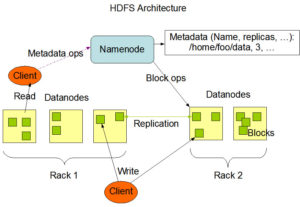 The second key technology leveraged within a Hadoop implementation is that of MapReduce.  MapReduce is a programming model for processing large datasets.  It works by enabling a master node (the node assigned the processing request) to break apart the work request into smaller sub-tasks, and send the sub-tasks out to worker nodes.  This is the “Map” aspect as the master node is mapping out the workload to the worker nodes.  As each worker node completes the assigned sub-task, it ships the results back to the master node.  The master node then takes all the worker node results and combines them into one result set; thereby completing the assigned request.  This is the “Reduce” aspect. 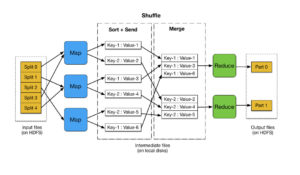 It is important to note that for very large or complex requests, worker nodes can also MapReduce their assigned tasks into smaller sub-tasks for their worker nodes.  You could refer to this as Big Data outsourcing.  As each node determines another node is better equipped to handle a portion of an assigned request, it relegates the work to a more efficient worker node, while retaining responsibility for getting the completed assignment back to the master node.

To learn more about Hadoop solutions contact us today.

What Good is a Data Warehouse If I Can’t Trust the Data?

In this age of “Big Data”, and even bigger plans for how companies are planning to use their data to gain a competitive advantage, one pre-Big Data era concept still remains relevant – those data Read more…

Data has a lifecycle. Every part of the lifecycle is important to a different type of user.  Every business will have their own rules for what is considered “hot”, “warm”, and “cold” data. Being able Read more…

The URL for this site, www.makingdatameaningful.com, has presented a lot of meaningful commentary and information since its inception. Our mission has long been to provide its customers with the skills and strategy required to extract value Read more…